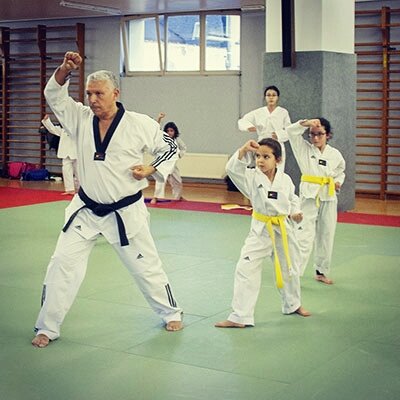 Taekwondo is a martial art of South Korean origin that can be translated as The way of foot and fist.

It is the result of different Korean martial arts schools that taught karate after the Japanese occupation of Korea.

Taekwondo differs from other martial arts by its main use of kicks and by the numerous protections used during combat competitions.

Taekwondo has been on the program of the Summer Olympic Games since 2000.

All Taekwondo techniques are taught in our club :